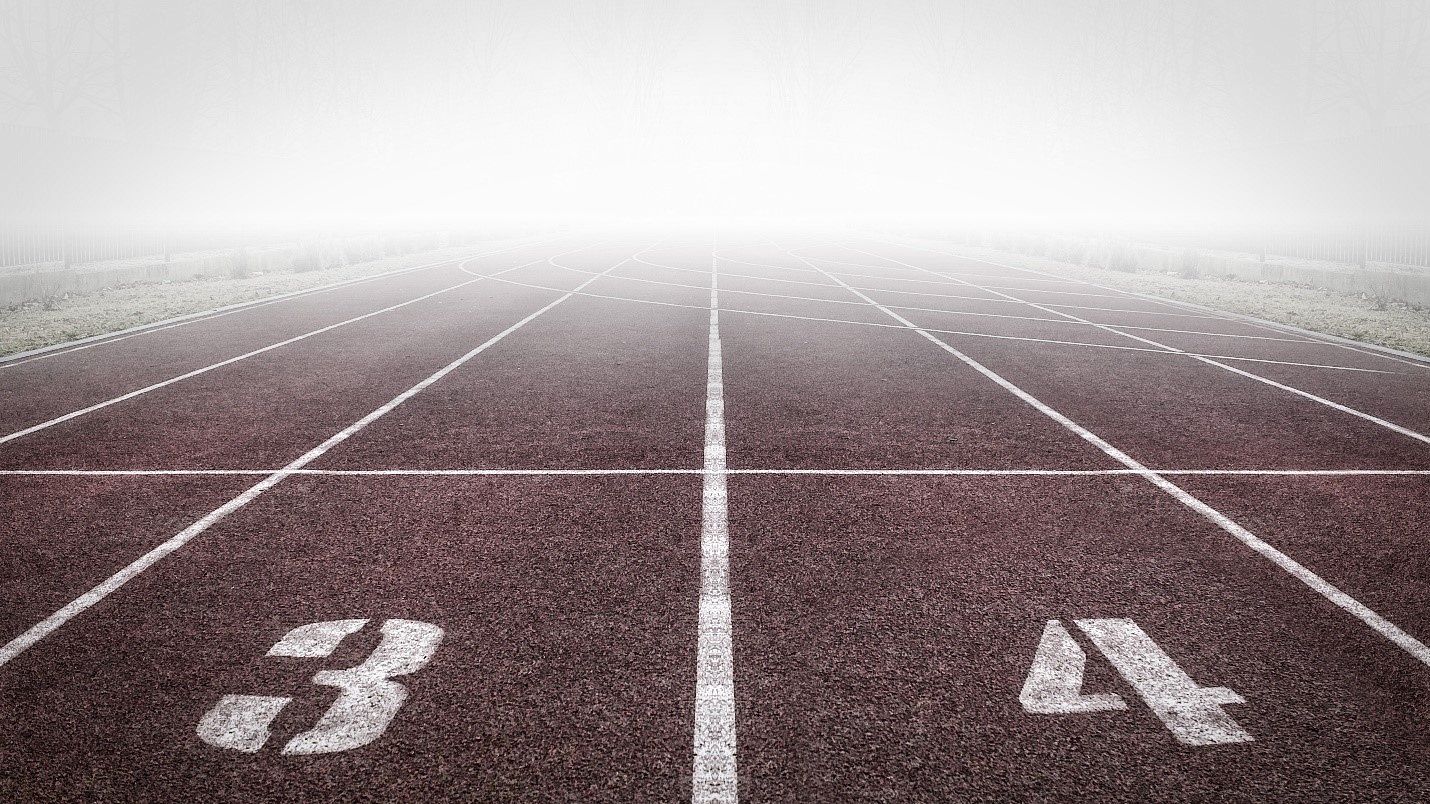 First Things First - Where to Begin the Journey to Operational Excellence

Without a clear idea of where you’re headed, how can you know how to get there? 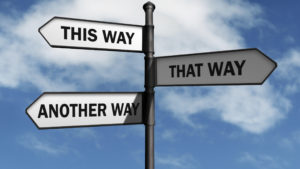 The term “Operational Excellence” gets thrown around a lot, and common definitions rarely help. OE is described as everything from specific improvement tools to ambitious company goals to ambiguous philosophies. For all the ways the term gets used, there are even more ways that companies go about pursuing it. While there is no universal “right way” to achieve Operational Excellence (OE), we’ve noticed that most successful programs share a few core characteristics. This series is intended to filter all the noise and help you focus on the few things that make a big difference – the 10 Fundamentals of an Effective Operational Excellence Program.

For these 10 Fundamentals to be useful in achieving OE, we should first align on a few things.

The first thing to tackle is to define OE. Absent a clear definition for what it is, it will be impossible for your organization to agree on its value or much less on how to get there. 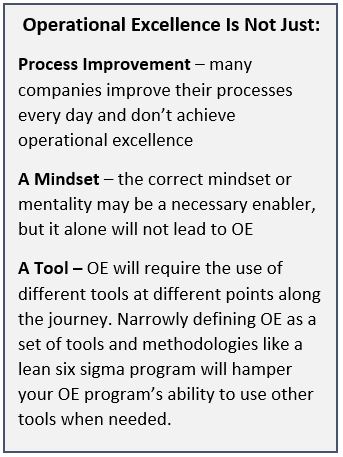 There seem to be two predominant ways OE gets defined incorrectly.

The companies that most effectively and efficiently pursue Operational Excellence have this in common – they have a very clear vision for what Operational Excellence means and thus why it is a worthwhile endeavor. Their vision typically defines it through 2 characteristics – it defines a desired outcome rather than the tool or methodology to achieve it, and it defines the outcome in a measurable way. In other words, these companies take a lofty goal like being “world class” and define it within the parameters of their strategy and corporate values to know exactly what that looks like.

Operational Excellence is sustainably delivering leading performance across all measures of value by consistently executing a sound strategy.

We use the above definition as a starting point or an outline for companies to fill in the missing pieces. To get a clear vision for OE, we need to further define two pieces – what is “leading performance” and what are the necessary components for “consistently executing” a strategy?.

The Institute of Operational Excellence comes close with their definition as “Each and every employee can see the flow of value to the customer and fix that flow before it breaks down”. This may suffice as it relates to value to the customer, but it excludes value to the company and its broader stakeholders. Instead “Leading Performance” should be defined to align to your strategy and corporate values, which naturally include customer value. Your strategy will define what good looks like in terms of profitability, growth and customer satisfaction. Your corporate values should establish all the issues that matter in achieving your strategy, usually as of some measure of safety, environmental performance, employee satisfaction and community improvement. This holistic definition of performance is broad enough to capture everything important to the organization, but specific enough to measure.

Consistent Execution – Understanding What It Takes

What does it take to consistently execute your strategy? Execution can be broken down to its two basic components – the systems in place to manage the work to be done to execute the strategy, and the culture that drives how well and consistently the work is done. Every company has both, and many companies have multiple variations of each. Operational Excellence requires the management systems and the culture to work together, building on each other to enforce the right level of consistency to effectively and efficiently execute the strategy.

In the following series, we will explore 10 things related to both the management systems and the culture necessary to deliver any strategy in an operationally excellent way and enable leading performance. These 10 are related to fundamental factors that apply to any industry or company. We will look at characteristics of the management system itself, how effective programs establish and manage those systems, and specific ways in which the culture can ultimately impact the program’s success.