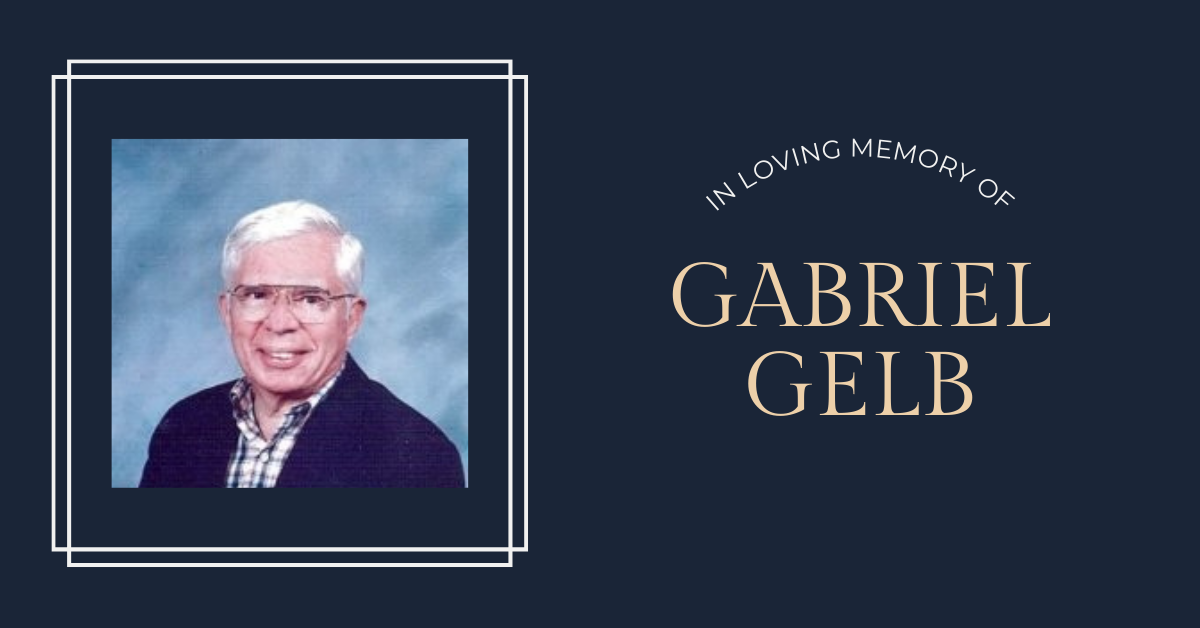 In the 1960’s, as Houston began its march toward national prominence, Gabe Gelb established Gelb Marketing Research, later renamed Gelb Consulting Group.  In this booming era, decisions were made by knowledgeable wildcatters and real estate moguls, but few business leaders used data strategically.  Gabe left his job as an advertising agency research director to start a research firm, in the belief that companies and not-for-profit organizations would learn to benefit from surveys and other research tools.

He began by gaining visibility for himself and for marketing research as an aid to decision-making.  He became president of the Houston chapter of the American Marketing Association, served a term on the AMA national board of directors, and presented sessions at three AMA national conferences.  The AMA published his monograph:  Research at the Top:  Better Data for Organizational Decision-Making.  Also, he told readers of business publications what market research could do, when reporters asked for examples:

For university classroom use, he co-authored two books of readings:  Marketing Is Everybody’s Business and Insights for Marketing Management.

Early in the 1980’s the scope of the business expanded to surveys for intellectual property (IP) litigation.  Were two trademarks so similar that one business was infringing?  The Courts accepted survey research data as relevant for assessing secondary meaning and likelihood of confusion.  When Two Pesos  v. Taco Cabana, a trade dress case, was appealed to the U.S. Supreme Court, Gelb Consulting Group gained national prominence because a Gelb survey had helped the winning side.

The firm prepared reports for more than 100 IP cases over the next few decades involving trademark/trade dress disputes and deceptive advertising cases, for such clients as Honda, PepsiCo, the Dallas Cowboys, and the U.S. Olympic Committee, while continuing marketing research studies for such clients as Shell, Schlumberger, and the University of Texas M.D. Anderson Cancer Center.  Gabe’s credentials for surveys in IP cases were buttressed by his authorship of such publications as:

“Ask Away – The Right Way:  Guidelines for Conducting IP Surveys for Litigation” (The Texas Lawyer)

“Working with Your Expert on Trademark Surveys” (Journal of Intellectual Property Law and Practice, published by Oxford University Press)

“Working Together, Both marketers and attorneys can help protect a company’s intellectual property” (Marketing Management, published by the AMA)

“When Appearances are Deceiving:  Product and Packaging Designs Can Easily Be Copied” (Wall Street Journal)

The next area bringing national attention to Gelb Consulting Group involved damages in patent cases.  If a firm infringed a patent for one feature of a product, survey research could shed light on the proportionate value to buyers of an infringed feature.  Reports for Amazon, Apple, Dell, and others led to Gabe’s authorship of articles on techniques the firm developed:

“Patent Litigation:  the Unsettled Story,” also “Measuring how much an infringed patent affects consumer demand:  why and how,” both at www.ipprotheinternet.com

Gabe, a New York City native, earned a B.S. in Education at the City College of New York, where he served as managing editor of the daily campus newspaper, then spent four years on newspapers in Baltimore and Virginia, followed by an M.A. in Journalism from the University of Missouri.  His next stop was the New Orleans Times Picayune, followed by New Orleans agency jobs in public relations and advertising.  He credits his experience as a newspaper reporter for his ability to ask useful and objective questions and credits academic research for his imaginative approach to surveys.  For one study he found a list of fundamental human values and used it to verify his expectation that the values held by a client’s salespeople differed dramatically from those of their customers, leading to a restructuring of sales teams.

Gabe received the only Lifetime Achievement Award presented by the Houston chapter of the American Marketing Association, a 1,000-member group founded in 1954.

Gabe passed away on September 15, 2022 and is survived by his wife Betsy, an Expert Witness and Senior Advisor with Endeavor Management. We will miss Gabriel’s strong, passionate and persistent leadership.

Bill Nash President & CEO, Chairman of the Board

Bill is President and CEO of Endeavor Management, an international consulting group focused on assisting companies with developing and implementing innovative, break-out...