In our first blog on hydrogen, we briefly addressed the topics of interest in hydrogen; the varied colors of hydrogen; the capacity units for hydrogen production; commercial experience for the various technology routes; the economic comparison between green and blue hydrogen. In this second of five short blogs we will address, again without going deeply into the weeds, the comparative characteristics of hydrogen to understand its place and ranking as an alternative fuel for the future.

For the sake of ease of comparison, we assume natural gas is 100% methane. First, some of the common properties are shown below: 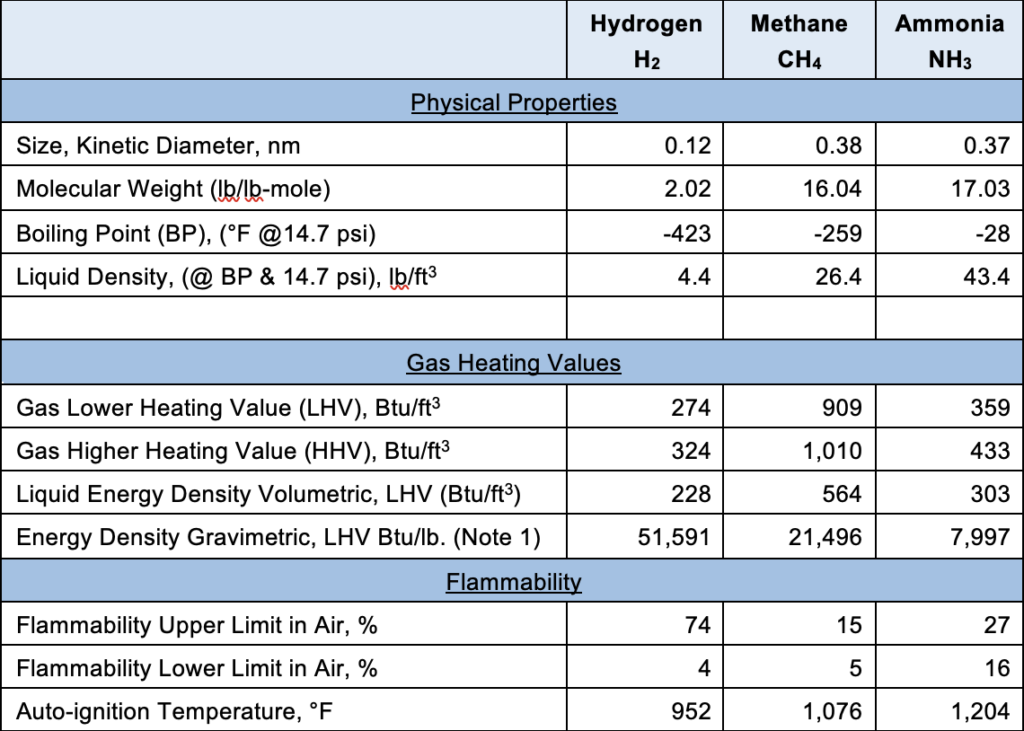 Table 1: Some Hydrogen Properties Compared to Methane and Ammonia

Note 1:  Gasoline, by comparison, has an energy density gravimetric of approximately 18,660 Btu/lb. and volumetric energy density of approximately 858,470 Btu/ft3. In situations such as some parts of the transportation world where weight not volume is the overriding constraint, hydrogen as a fuel could be advantageous. However, it is worth noting that while hydrogen has a good gravimetric (by weight) energy density, it has a poor volumetric energy compared to other fuels.

There are some safety and environmental issues that are relevant for the expanding hydrogen economy.

Hydrogen is the smallest molecule. As such it will find opportunities for leakage from joints, seals, etc. that other larger molecules won’t. While extensive experience exists for dealing with a hydrogen environment, it is one that even the most experienced organizations find challenging e.g., NASA’s recent efforts with the Artemis rocket launch.

Hydrogen compared to methane has a flammability range that is significantly wider than methane and an autoignition temperature significantly lower. Thus, the opportunity for combustion and explosions is higher. On the plus side, being the lightest molecule, a hydrogen leak in an open environment disperses rapidly into the atmosphere.  However, in a closed environment without adequate safe ventilation such as in buildings, it is extremely dangerous. Further, unlike most other combustibles, pure hydrogen burns with almost a clear flame making burning leaks almost undetectable.

Therefore, applications that involve hydrogen will require a major emphasis be placed on safety addressing such things as need for frequent inspection and maintenance, containment, leak detection, ventilation of areas where H2 can accumulate, elimination of all likely sources of ignition, and formal operator training.

Hydrogen embrittlement occurs as interaction between hydrogen and ferrous metals at certain temperatures and pressures. Embrittlement can lead to yield strength deterioration of the base metal. Thus, when considering using hydrogen in applications where it was not previously employed the impact must be carefully evaluated.

Hydrogen itself is not a greenhouse gas. However, when released as a pure gas to the atmosphere it indirectly contributes to greenhouse warming by reacting with hydroxyl radicals that otherwise  would react with methane to break it down. So, by reacting with hydrogen there are less hydroxyl molecules available to react with methane; a potent greenhouse gas causing about 80 times more warming than the equivalent weight of carbon dioxide.

At present, hydrogen warming potential is not a significant problem as its use is largely limited to fertilizer and chemical plants as well as oil refineries and pipelines. However, if the hydrogen economy expands as projected, the potential for hydrogen leaks into the atmosphere inevitably will increase. The farther it travels between production and end-use the greater the potential for leakage. Thus, it will be extremely important that hydrogen systems be designed from the start to keep leaks to a minimum.

We’d love to talk to you more about addressing your Energy Transition needs. Reach out today to schedule a conversation with Brian Gibbs from Endeavor Management or Martin Van Sickles from MVS Consulting LLC.

Martin Van Sickels is an accomplished professional with 50 years’ experience in the engineering and construction industry. He is a hands‐on manager with strong bottom...