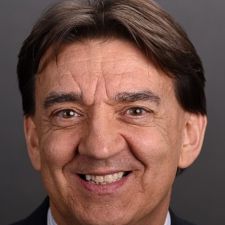 Allen is a hands-on explorationist with more than 35 years’ experience, gained while working in numerous basins around the world.  He is highly proficient in the use of Integrated Multi-Disciplinary E&P software and supporting tools (e.g., GIS, Analytics) but also brings a strong understanding of Geology and the ability to develop new insights and ideas.  After school, he first worked for Exxon and was involved in exploration in the Wyoming Thrust Belt and other Rocky Mountain Basins.  He then worked for service companies including CGG, PGS, CoreLab, and Fusion Geophysical, providing technical consulting to international oil companies and host countries, including Mexico, Venezuela and Algeria.  The projects undertaken ranged from regional prospectivity evaluation to multi-disciplinary field studies and regularly included application of new geophysical technologies (e.g., spectral decomposition, spectral inversion, AVO).  From 2006-2010 he was the lead Geoscientist in Shell’s Gulf of Mexico Commercial Team and helped close business deals with a total value of more than $500MM.  This included identifying partners to farm-in to exploration prospects as well as the successful divestiture of the Bullwinkle Field and Bigfoot discovery. After raising funds to explore in the Aquitaine Basin, he was named Country Manager, in France, for the 4-company JV, and was responsible for activities ranging from Drilling, Testing and Production Operations to Government Relations. Upon completing the France project, he worked as a Geophysicist in the Deepwater Gulf of Mexico and offshore Colombia for 18 months at Shell, before joining a new GOM Deepwater exploration startup, Venari Resources.  Since January 2015, he has been conducting hands-on seismic interpretation projects for a range of companies working primarily in West Africa, the Gulf Coast and the Permian Basin.  He speaks fluent English and French as well as conversational Spanish. He works well in diverse Teams and is particularly effective in situations requiring cultural sensitivity.