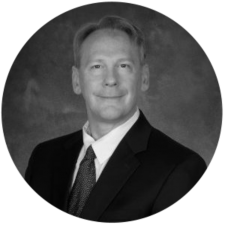 David G. Vequist IV, Ph.D. is a founding member of the Endeavor Institute, which studies emerging trends that will transform sectors, industries and societies in order to help prepare organizations for the needed changes.

In addition, Dr. Vequist was the founding Director of the Center for Medical Tourism Research (CMTR) – the very first academic research center devoted to medical tourism research (www.medicaltourismresearch.org) and the founding Director of Social Predictive Institute (www.socialpredictive.org) which is the premier academic institute studying the intersection between social media and predictive analytics.

He is also a Tenured Full Professor of Management and the Chair of the Management department in the H-E-B School of Business & Administration at the University of the Incarnate Word (UIW) in San Antonio, Texas, U.S.A. Before that, Dr. Vequist was an executive for Methodist Healthcare and previously was a consultant for Ernst & Young LLC.

He is an accomplished speaker, author, researcher and futurist on the topic of technology & healthcare trends, medical & retirement tourism, social media predictive analytics, and demographic trends.