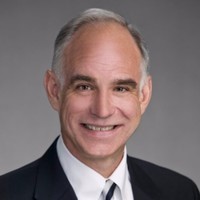 Ed Hirs is an internationally recognized energy economist and market specialist.   In his career, he has been a consultant and executive for energy companies including renewable diesel, an independent power producer, and oil & gas companies.   Ed is one of the inaugural University of Houston Energy Fellows where he teaches Energy Economics courses and has taught undergraduate and graduate economics courses since 1988.  He is a Forbes contributor.  In prior positions, he was the BDO Fellow for Natural Resources and a Managing Director for Hillhouse Resources, LLC, an independent E&P company developing a portfolio of onshore conventional oil and gas prospects.  Before that, Ed was CFO for an early leader in the Niobrara Shale where he completed equity fundings, bank financings, audits, and hedging.  And before that, Ed managed Hirs and Company, the successor to Niven Associates, an investment banking firm in Houston.  Ed founded and co-chairs an annual energy conference at Yale University. He has published articles on energy topics and corporate governance and he has been interviewed by multiple respected publications and broadcast entities.     He has also taught at Rice University and Yale University.  Ed holds the CFA designation.   His degrees are from Yale University: BA with honors and Distinction in Economics, MA in Economics, and MBA.