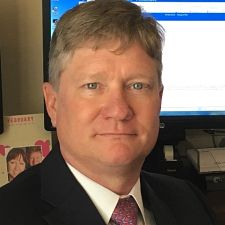 Blake Moore worked for Shell for over 34 years in various capacities (predominately in Facilities and project execution) from California to Norway. He joined Shell’s Deepwater projects group in 1997 and worked several deepwater facilities ranging from Subsea to beach, Semi’s, TLP’s and more recently FPSOs. Blake started his involvement with FPSOs in 2007 as the FPSO lead for Concept Selection and early FEED work for an FPSO Shell was plan to install in Brazil. He later joined the Stones project during concept selection in mid-2010 and successfully completed the delivery of the Turritella FPSO to the Gulf of Mexico in September of 2016.